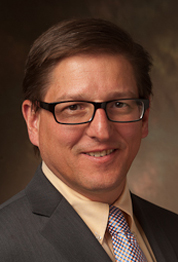 Pierce & Mandell, P.C. partner, Michael C. Fee, a member of the Council of the Boston Bar Association, recently participated in the BBA's efforts to pass a zoning reform measure that the organization has championed since 1995.  House Bill 3611 was signed into law by Governor Baker on August 5, 2016 and provides much needed clarification to the Massachusetts Zoning Act, G.L. c. 40A, § 7.

Most do not realize that the Massachusetts zoning statute was first enacted into law in the 1920's. While it underwent significant overhaul in both the Fifties and Seventies, in many ways it remains today an historical anachronism, full of dense language and land use principles perhaps better suited to less complicated times.  Every legislative session in recent memory has seen efforts to promote comprehensive zoning reform, however, there is rarely consensus among the most highly interested stakeholders. Neither, developers, builders, housing advocates or municipalities appear able to agree on what is right, and what is wrong with G.L. c. 40A.

Consequently, the more effective approach, and the one pursued by the BBA in this instance, is to propose legislation that tackles the most glaring ambiguities in the zoning statute, section by section. House Bill 3611 amends G.L. c. 40A, § 7, which requires municipalities to bring enforcement actions against non-compliant structures or uses no later than ten years after the inception of such structure or use. The problem with the old provision was that it was silent as to the legal status of those structures which survived the applicable statute of limitations. One would think that such structures would automatically become pre-existing, non-conformities, subject to the grandfather rights explicitly detailed in G.L. c. 40A, § 6. However, G.L. c. 40A, § 7 omitted any such explicit reference, and left non-compliant structures that had survived the statutory limitations period in a kind of legal limbo.

The issue came to the forefront recently, as several appeals court panels issued inconsistent rulings regarding the status of such surviving structures. The newly enacted legislation cures the section's ambiguity by granting these structures recognized legal status as a preexisting non-conformities protected under G.L. c. 40A, § 6. The change will provide greater clarify to owners, buyers and lenders that participate in transactions involving these types of property rights. To read the BBA's press release regarding the recent enactment of H3611, click here.