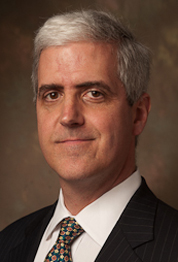 By Thomas Kenney and Brandon Saunders

If the image of the crumbling state hospital in the Leonardo DiCaprio film Shutter Island seems eerily familiar, it may be because the building used in the film was the former Medfield State Hospital, itself shuttered along with most state hospitals as the Commonwealth moved away from institutional care in favor of a community-based treatment model several decades ago.

While that image might spark a debate about the wisdom of deinstitutionalization, it also may provoke dialogue about how these facilities could be restored to productive use as addiction treatment centers to grapple with a rising opioid crisis that will likely get worse before it gets better.

Much of the current debate over a comprehensive legislative proposal by Governor Charlie Baker focuses on limiting prescriptions physicians may write for these highly addictive drugs, and a measure that emergency room medical staff be permitted (or even required) to place a 72-hour hold on an addict who appears in the ER if the treating physician judges that person to be a danger to him or herself or others.

What hasn’t received as much attention is what occurs after that patient is released – whether it is the same day they appeared in the ER or 72 hours later. What happens next?

There is much that should be done on the front end of the addiction crisis, but little will change unless we also expand treatment beds in a system that is already beyond capacity.

What is also undermining the effort to get addicts into treatment, according to Health Policy Briefs, is a pattern of insurer denials of mental health and substance abuse treatment claims as compared to other medical claims, despite efforts by Congress to close that inequity.

The drug addiction crisis in Massachusetts goes beyond the 1,200 accidental opioid deaths reported in 2014. The state’s Bureau of Substance Abuse Services (BSAS) reports that 107,358 people in Massachusetts were admitted into an alcohol or drug substance abuse program in fiscal year 2014.

Under existing Massachusetts law, those suffering from severe drug or alcohol addiction can be involuntarily committed to a treatment program for up to 90 days by a district court judge when all other efforts have failed.  The state’s highest court has recently ruled that hearings on these so-called “Section 35” commitments require a lower burden of proof, with hearsay evidence allowed, and a “clear and convincing” standard applied, as opposed to the stricter “beyond a reasonable doubt” standard utilized in criminal proceedings.

As attorneys who obtain and enforce involuntary commitments of those with alcohol and drug addictions, we see the impact of an acute shortage of treatment beds. We have successfully petitioned the courts for the involuntary commitment of those so afflicted with a drug or alcohol addiction that they are in danger of significant harm to themselves or others, only to see them leave the treatment facility within a few weeks and then reappear at hospital emergency rooms. Local emergency medical leaders are rightfully concerned that short stays in ERs after commitments may do more harm than good to access to care in many instances.

The state’s two facilities for treating addicts are chronically overcrowded and underfunded and can barely cope with alcohol addiction, never mind a rising narcotic and opioid addiction crisis. Those in treatment under an involuntary commitment are typically discharged after as little as 20 days in what amounts to a “spin dry” detox that has little chance of curing the addiction.

In our opinion, the Commonwealth’s plan to open new secure treatment facilities at Taunton State Hospital and Lemuel Shattuck Hospital in early 2016 will not be nearly enough to handle the overwhelming increase in the demand for substance abuse treatment beds.

One promising approach, developed by Beth Israel Deaconess in Plymouth and other key local stakeholders, is broader in scope. BID Plymouth CEO Peter Holden recently argued that this pandemic needs to be addressed with a community-based approach that includes local hospitals, police and the courts, in a coordinated approach and doesn’t just rely on hospitals treating the opioid crisis simply as a medical issue.

There is no panacea, and none of these well-meaning measures alone will change the arc of this crisis unless they are pursued together with longer-term substance treatment resources - inpatient beds, residential programs and specialty treatment centers to treat addicted patients and keep them long enough to provide meaningful treatment and a reasonable chance for recovery.