Proposed Changes to Prescription Monitoring Program Would Affect Most Physicians 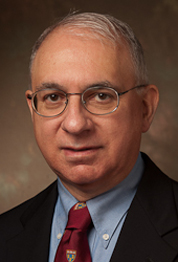 
Massachusetts’ new Prescription Monitoring Program (PMP) Law (Chapter 244 of the Acts of 2012) provides that practitioners who prescribe controlled substances (Schedules II-V) will be automatically registered as participants in the state’s PMP when they obtain or renew their Massachusetts controlled substance registration.  This provision took effect January 1, 2013, and the Massachusetts Department of Public Health (DPH), acting under the PMP Law’s mandate, has issued proposed amendments to its existing PMP regulations to implement the automatic participation requirement and associated provisions.

Highlights of these proposed amendments:

The proposed regulatory amendments will be up for public hearing before the Public Health Council (PHC) on March 22, 2013.  DPH has stated that the goals of the proposed amendments are to: “(1) increase utilization of the PMP in order to provide prescribers and dispensers with additional information that can inform clinical decision making, and (2) better address the morbidity and mortality resulting from prescription drug misuse and abuse by identifying individuals in need of intervention or treatment.”  Because the proposed amendments will require physicians and other prescribing practitioners to check the PMP database when seeing “new patients,” testimony from organized medicine and other interested parties can be expected.  A final version of the regulations could be adopted as early as the PHC’s April 2013 meeting.