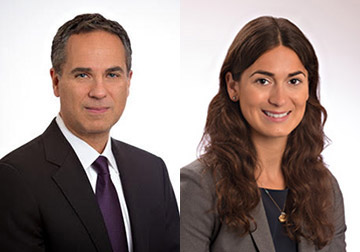 Instead, the Act solely applies to non-compete covenants to the extent that they restrict the ability of an associate to compete in the same market as the practice following the termination of employment. The Act provides that a post-employment non-compete is unenforceable unless it meets numerous limits and standards.

Most noteworthy, and new, is a maximum limit of up to a one (1) year period, unless the employee breaches his or her fiduciary duties or unlawfully takes employer property; a requirement that the agreement state that the employee has the right to consult with legal counsel prior to signing; a restriction on enforceability against laid off employees or those terminated without cause; and, a requirement that the employer pay additional compensation to the associate in the form of “garden leave” payments of no less than 50% of the highest annualized base salary paid by the employer to the associate within the two (2) years that immediately preceded the termination date payable during the non-compete restriction period, or such “other mutually-agreed upon consideration” that must be stated in the agreement.

To ensure enforceability, a dental practice owner must now include non-compete language in new associate agreements with these limitations and include one of the two types of required additional compensation. The Act defines “garden leave” payments as payments that the owner makes to the associate during the “restricted period,” on a pro-rata basis throughout the entirety of the restricted period.

In contrast to garden leave payments, the Act provides practically no guidance with respect to what constitutes “other mutually-agreed upon consideration.” Such consideration need not be paid at a certain time(s) or in a certain amount. It must simply be agreed-to between the owner and the associate and reasonable to compensate the associate for the restriction on his or her ability to practice after termination.

An owner must take several factors into consideration in determining whether the non-compete agreement offered to associates should be supported by garden leave payments or other mutually-agreed upon consideration. While garden leave payments are certain with respect to their timing and amount, they are substantially more than most small practices are prepared to pay and are subject to the Massachusetts Weekly Wage Law (the “Wage Law”), codified as Massachusetts General Laws Chapter 149 § 148. An owner who fails to make garden leave payments may thus potentially be liable to an associate for the remedies set forth in the Wage Law, which include treble damages, attorney’s fees, and other costs.

The health/dental law attorneys at Pierce & Mandell, P.C. are available to advise dental practice owners, buyers, sellers and associates on how the new Massachusetts Noncompetition Agreement Act will affect their current or new contracts, associations, and transactions.