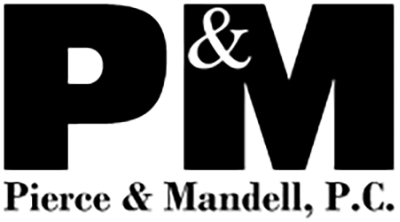 Bob Pierce is a founding member and a shareholder of the firm. His practice concentrates in the areas of commercial litigation, insurance defense, personal injury, and intellectual property protection and litigation.

First and foremost, Bob is a trial lawyer, having tried in excess of 25 cases, most of which have been jury trials.  He has tried cases in the state and federal courts (both in Massachusetts and elsewhere), and has handled numerous cases in both the State and Federal Appellate Courts. Bob also handles cases before the Trademark Trial and Appeal Board, which hears cases involving the right to register trademarks with the United States Patent & Trademark Office.  As of February of 2013, Bob’s clients have achieved complete victories in five of his last seven jury trials, and in the other two, the cases settled on favorable terms prior to the juries’ verdicts.  Among these cases were a defense verdict in a $5 Million breach of contract case, and a defense verdict in a large construction accident case in which the pre-trial demand was $2 Million.

Bob is a frequent lecturer and writer in the field of trademark litigation and protection. He has spoken at the Massachusetts Bar Association's Seminar on Advanced Topics in Trademark Litigation, and he is the co-author of the article "The Role of State Courts in Trademark Litigation." He has also lectured on topics such as bad faith claims against insurers, copyright protection for musicians, and defending depositions.

In his spare time, Bob plays guitar in the Boston based band "Downtime," and also enjoys coaching youth basketball. In addition, although a self proclaimed mediocre golfer, Bob was lucky enough to have two holes-in-one during one round of golf at a tournament in August, 2000.

Thank you for your request to e-mail Robert L. Kirby, Jr.

Clicking on the link below acknowledges that you understand and agree with this notice.